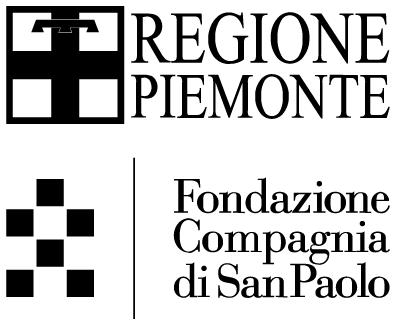 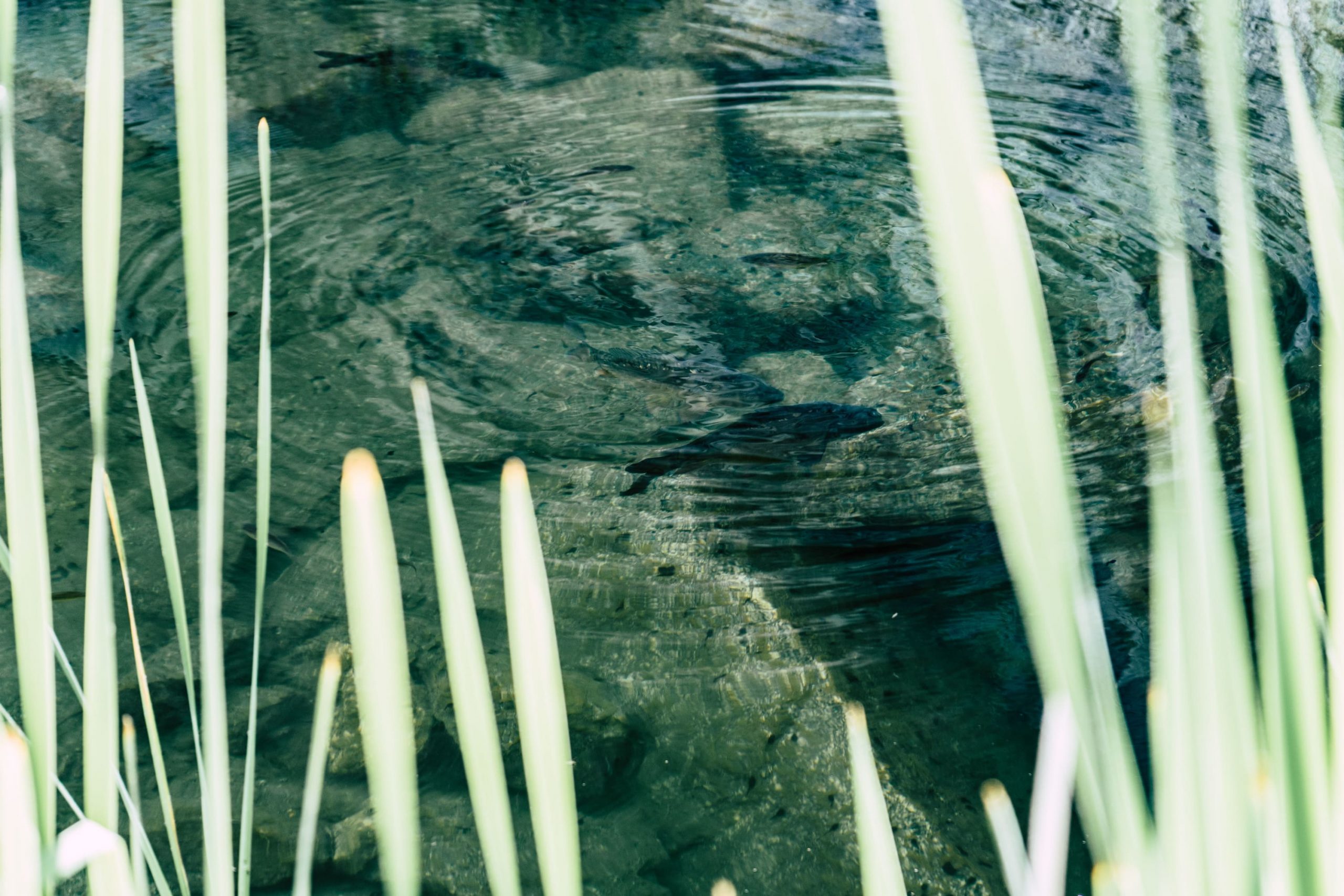 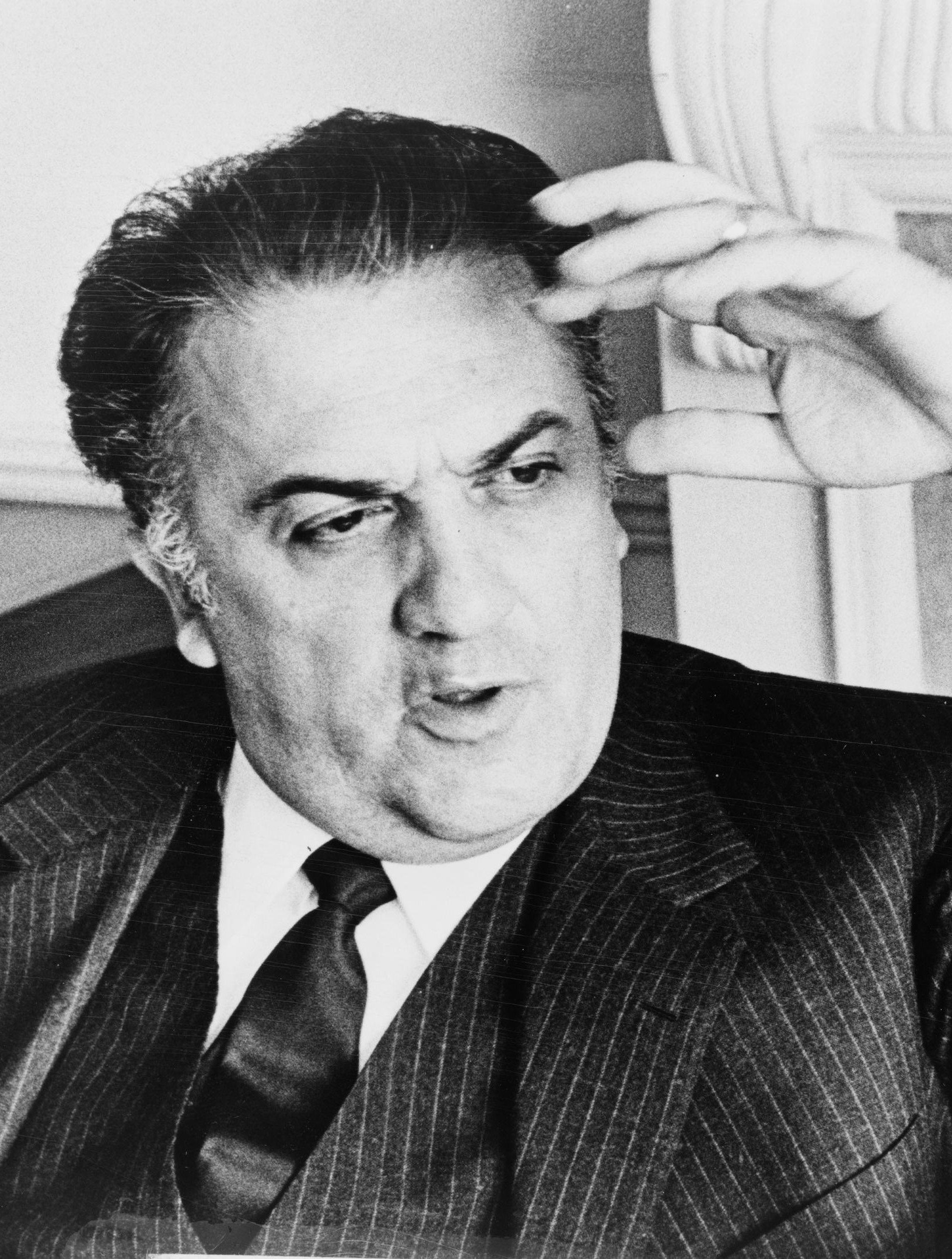 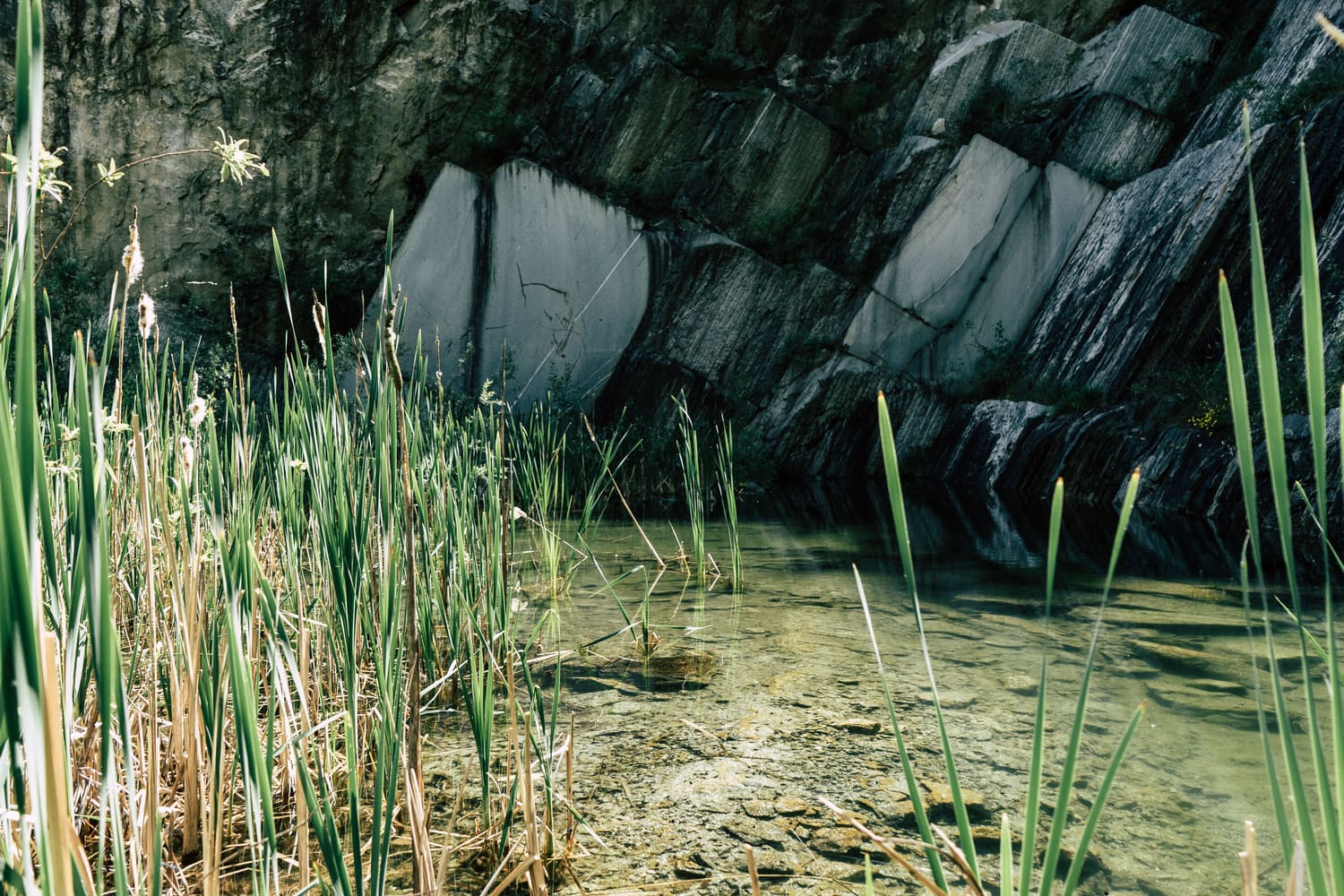 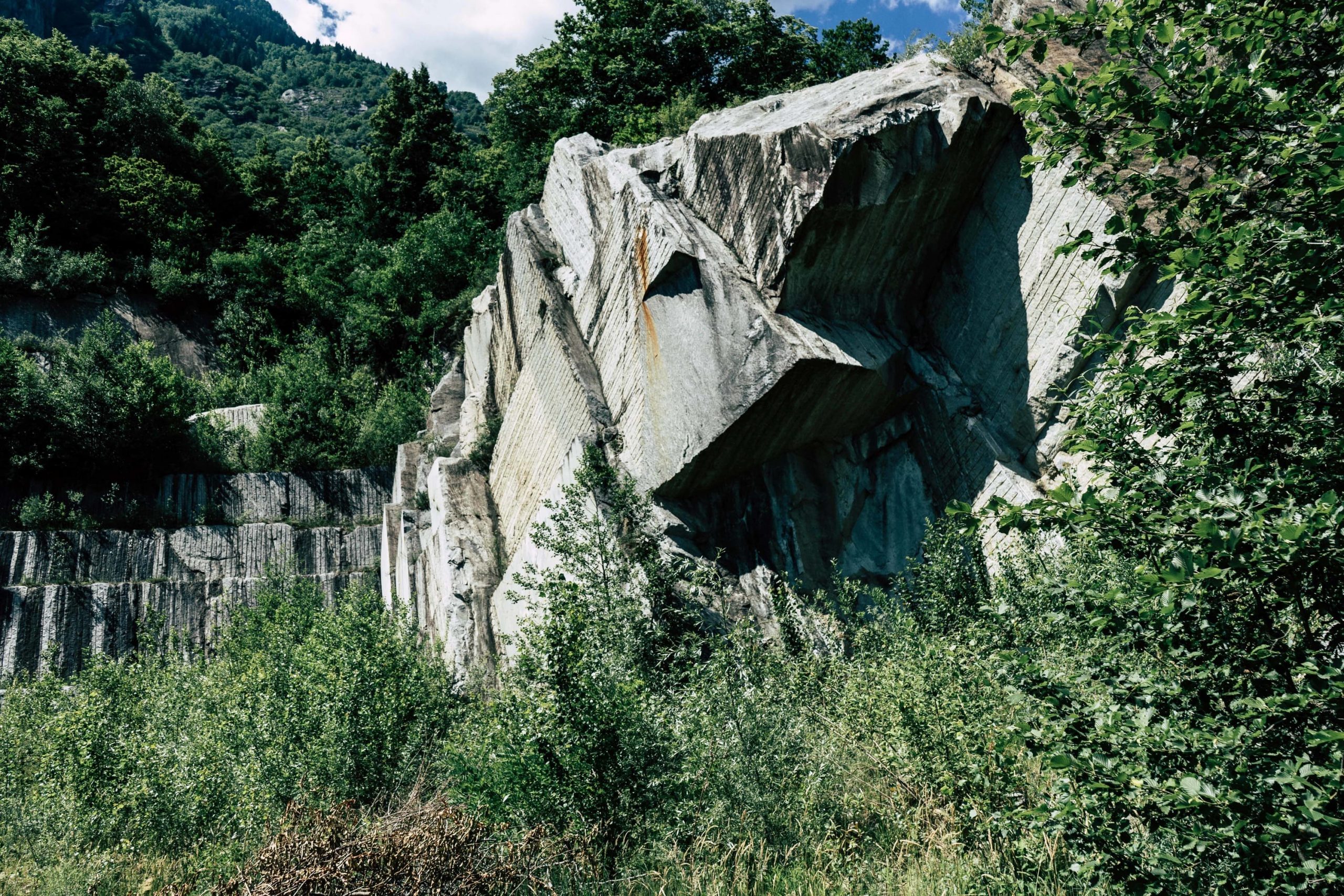 Designing Creativity
The construction of movement. Exercises for the mechanical extension of the human body.

Lectures, teaching, experiments, over ten years of searching for “truth” with hundreds of students in design and architecture.
Riccardo Blumer describes the intuitive paths of his years of work in schools that still seem very current and powerful today. 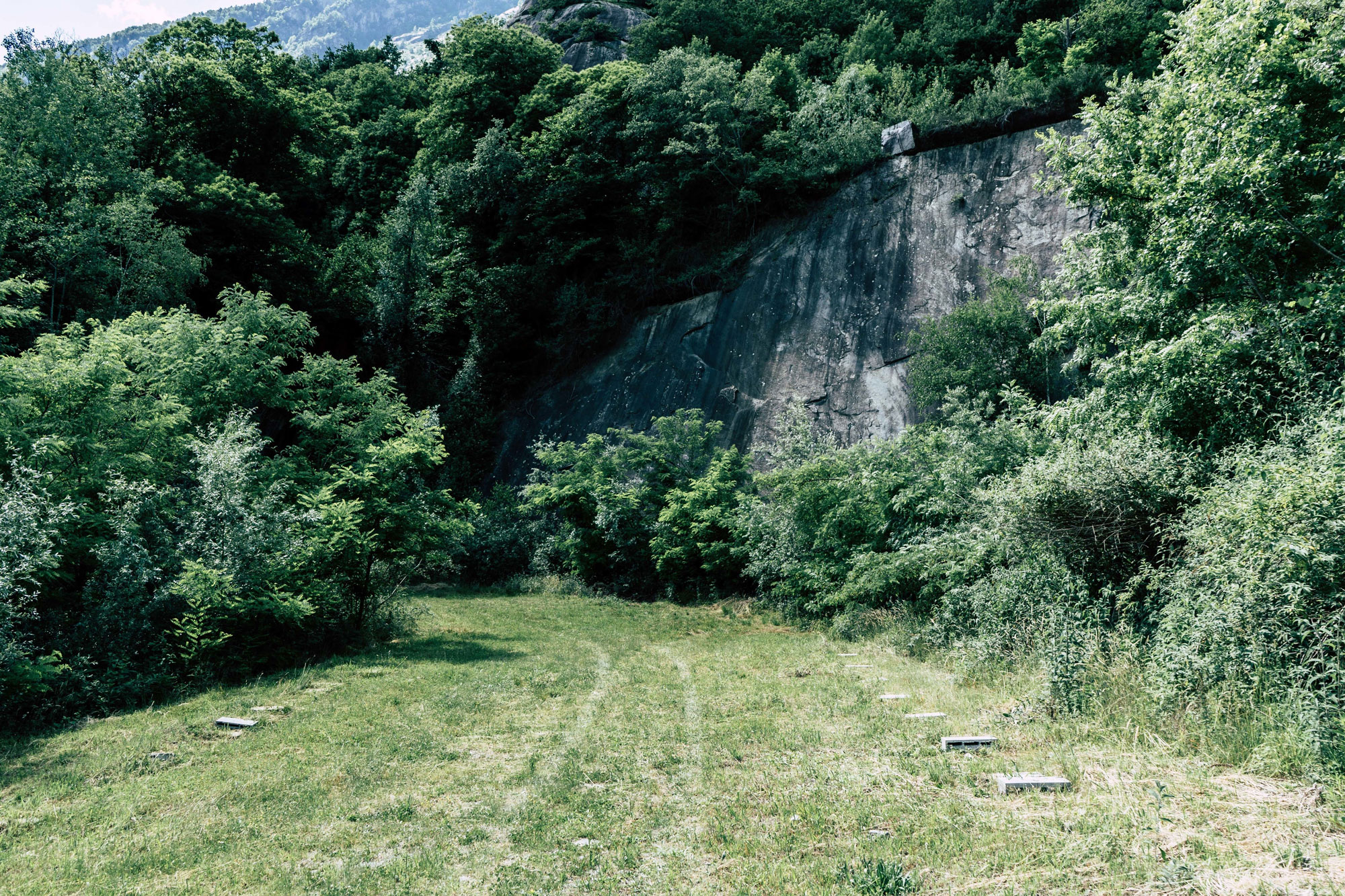 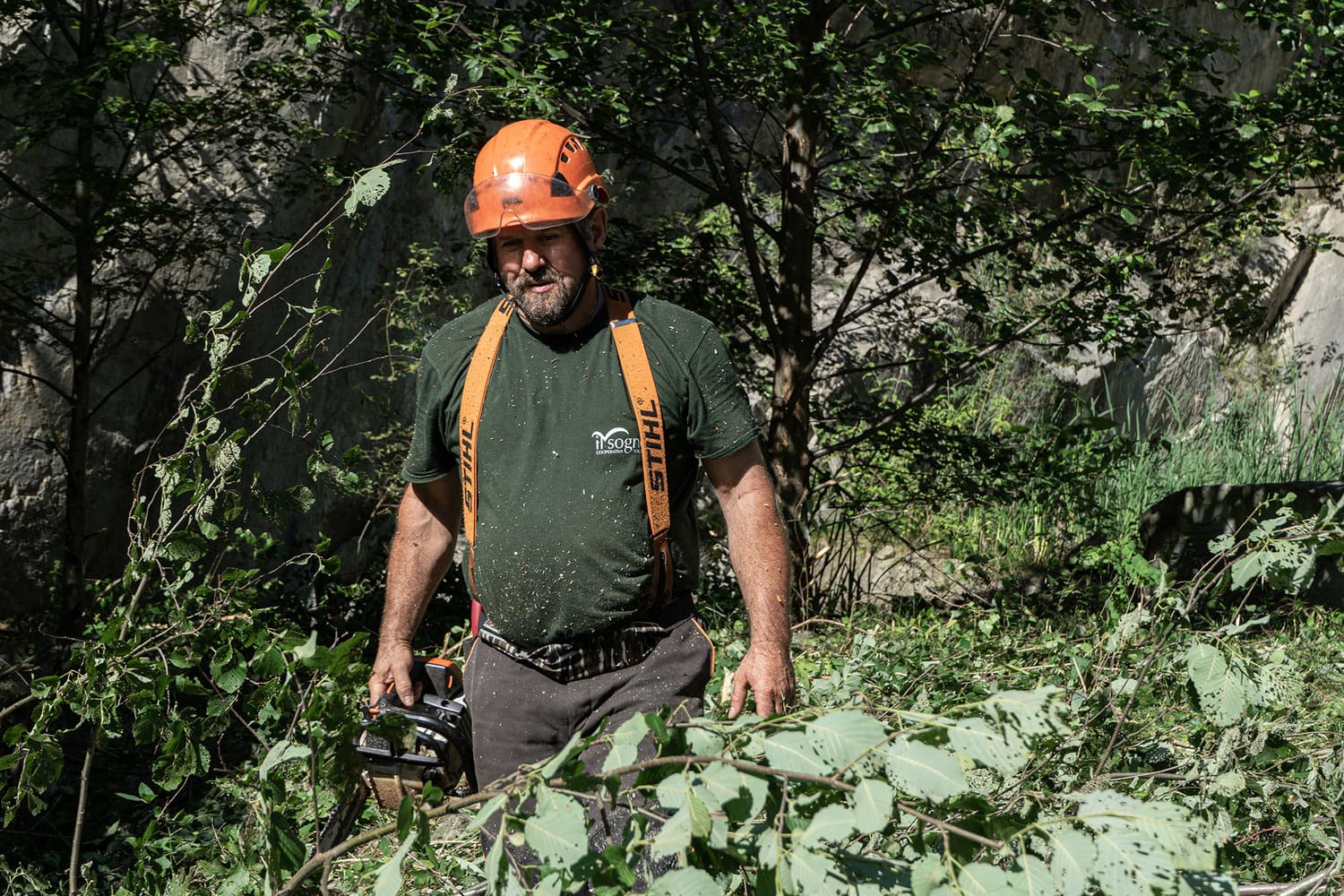 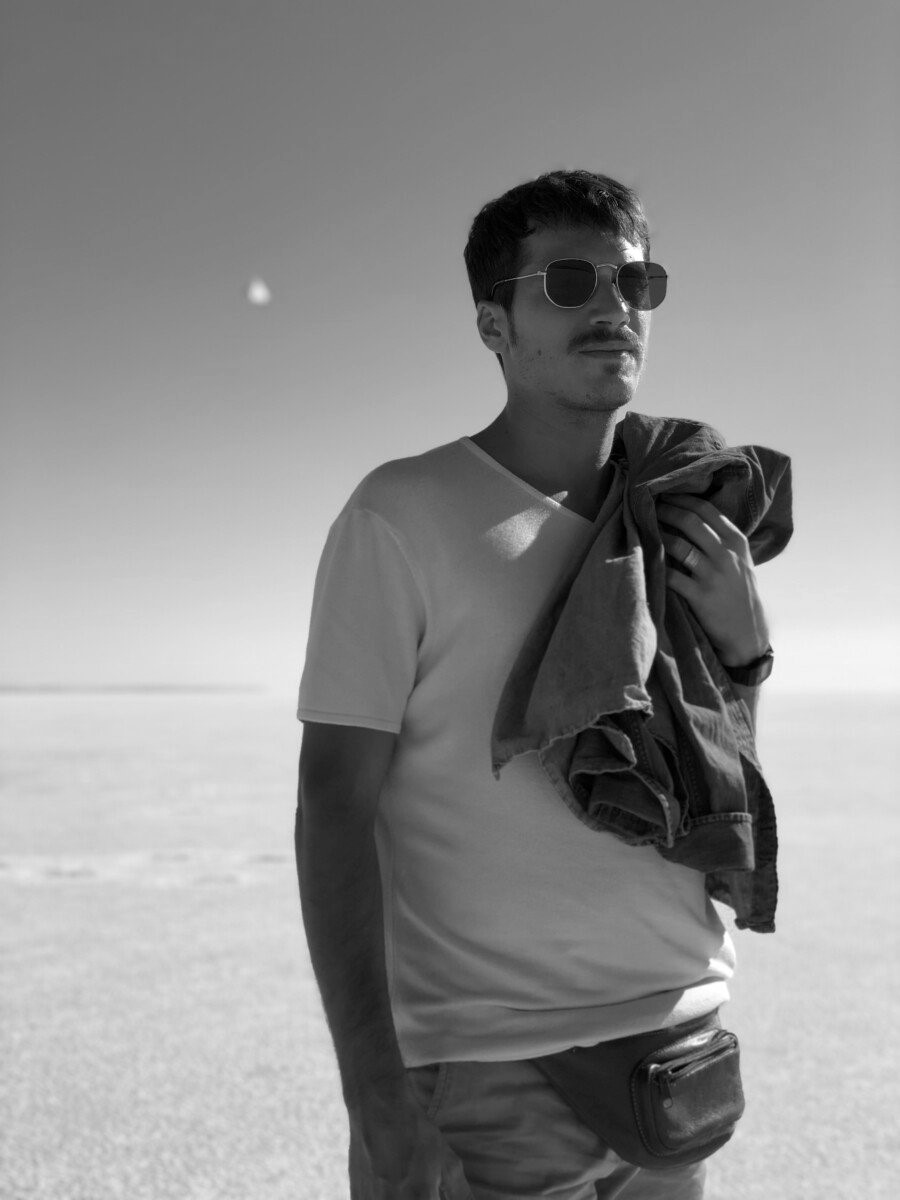 A solo version for percussion of the Occam series by the French composer Éliane Radigue, one of the first musicians to have experimented with ambient music as an introspective and analytical flow. With two cymbals and a frame drum Enrico Malatesta develops a continuous evolution of resonances, phantom sounds and superimpositions of harmonics and sonic textures. Presented to an audience for the first time in the main hall at Berghain in November 2018, on the occasion of the 10th anniversary of Presto!? 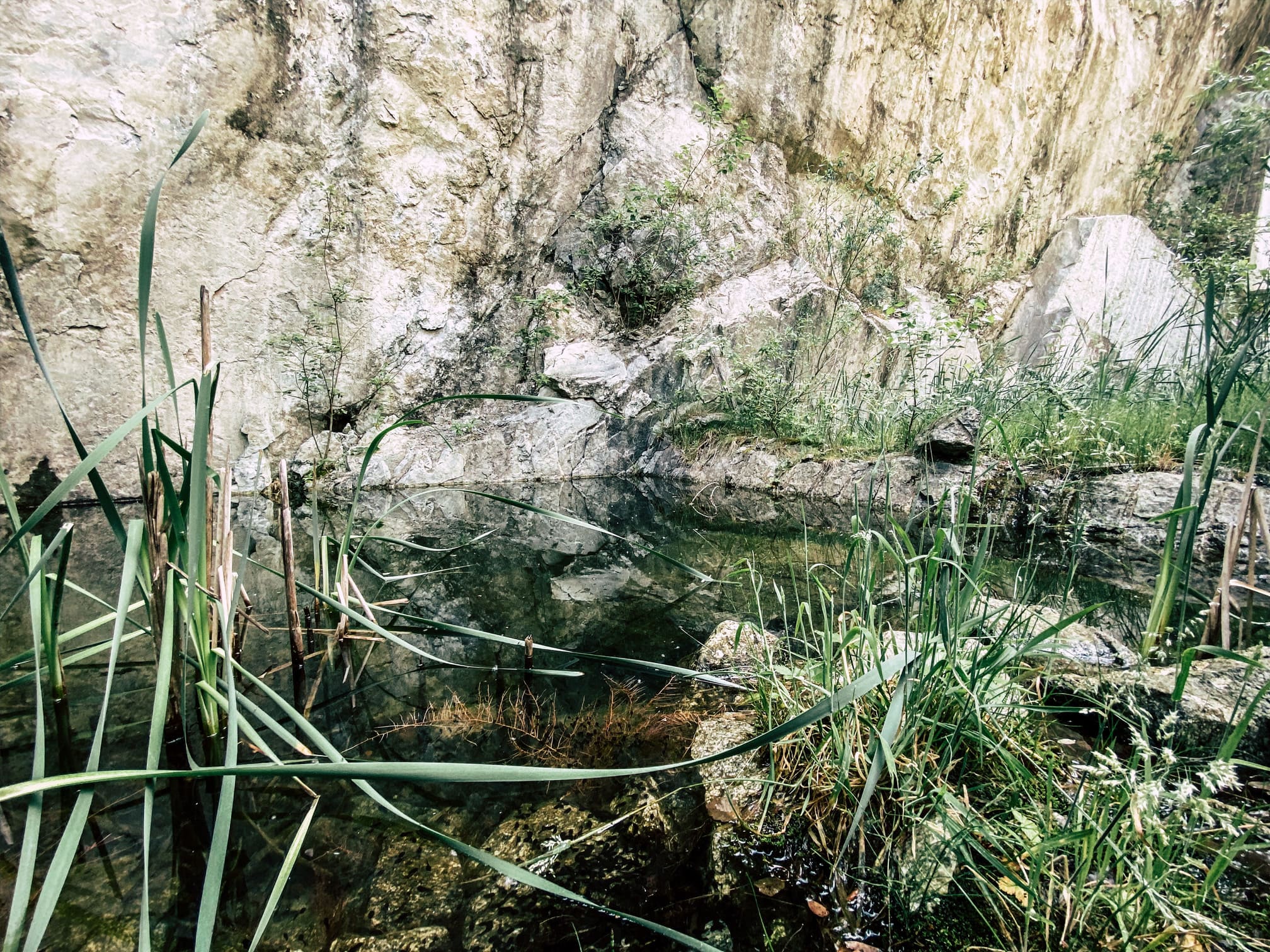 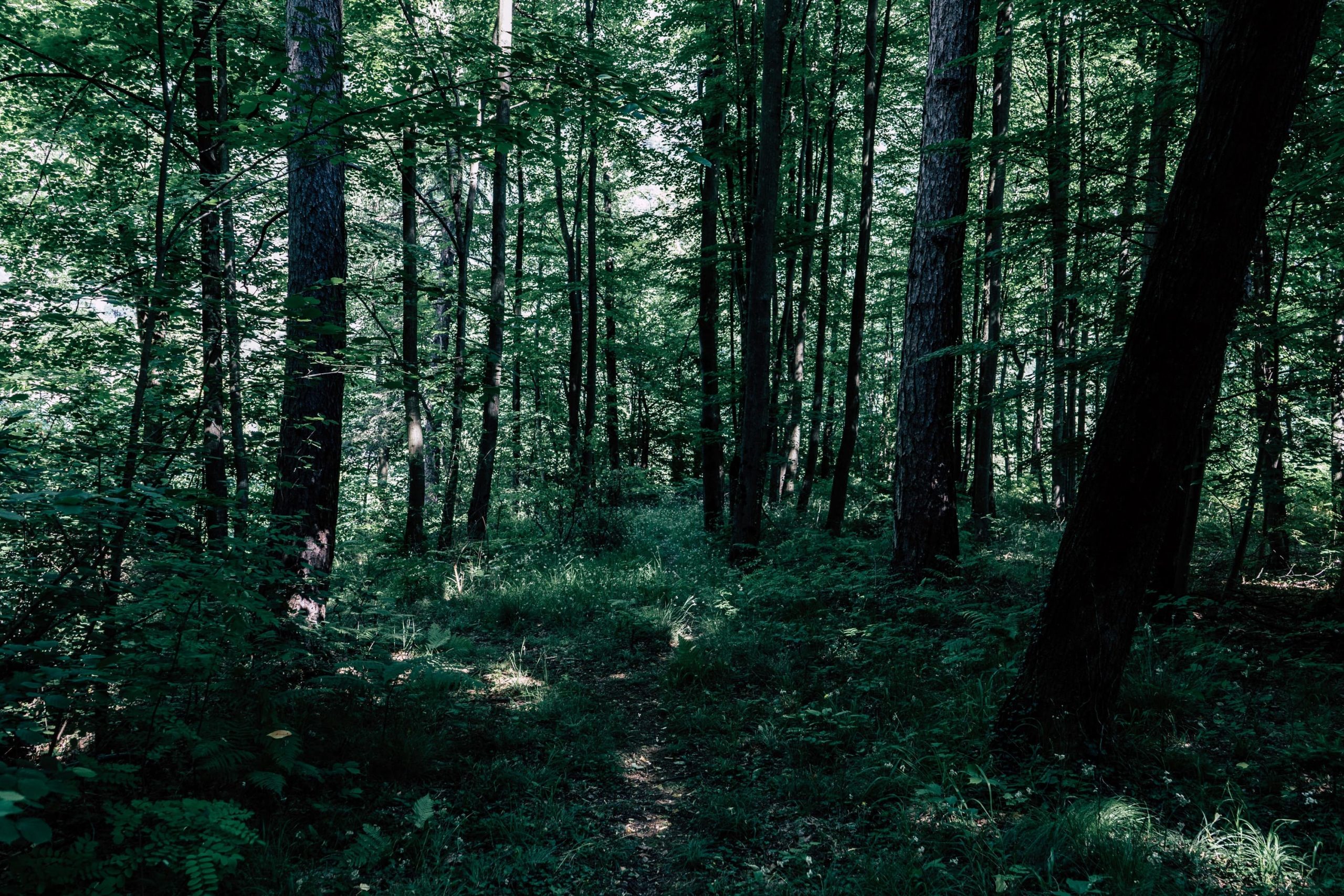 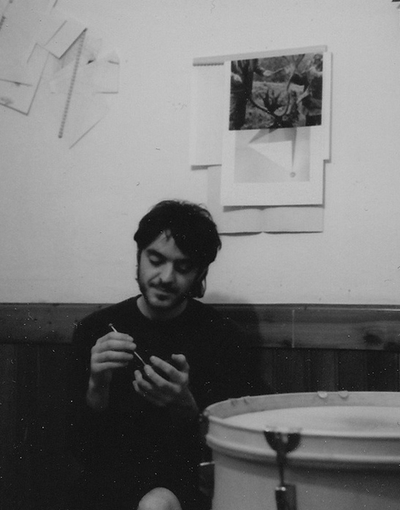 Asymmetries
Abstract: Landscapes of extraction are holograms of the controversial processes of planetary urbanization. They represent its contradictions and its social, spatial, economic, and ecological caesuras; they define new delocalizing maps, generating displacements in the relationship between local and global issues; they imply a rethinking of the relationship between consumption, production, and resources; they determine large-scale metabolic processes (from extraction to processing) to the point of generating new geographies and new representations of the world; they also trace the history of humanity through its own evolution: from primitivism to the industrial revolution and the most recent ecological-social crisis, towards a new non-anthropological era.
Shifting the emphasis from the concept of territory to that of the Earth (Glissant, Deleuze) we are responding to the issue of the landscapes of extraction, seeking a new idea of space that combines the infinitely small (design) with the infinitely large (planetary geographies), in the direction of a different and necessary ethics of design and an interpretative rethinking of the spaces of extraction.

Il Segreto (The Secret) is a choreographic action with three rotating sound machines, Rose Spinner, imagined and created with Francesco Cavaliere. The Secret and its practice, staged by a dancer or several dancers, reveals in concealing: one of the crudest symptoms of human instinct. In a geographically close, open, earthly, indeterminate, multi-time ecosystem, whispers, inverted creatures and desert roses alternate. 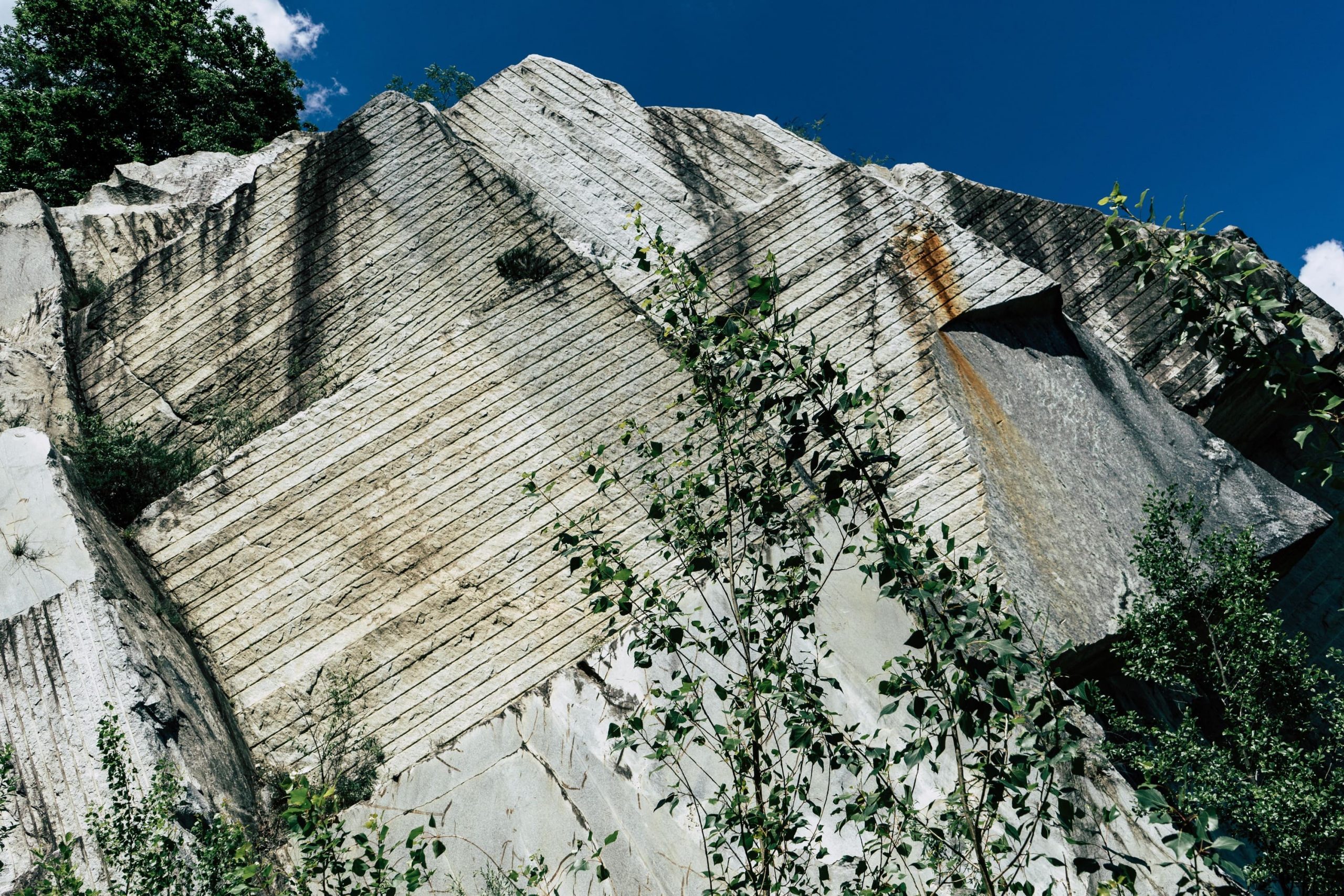 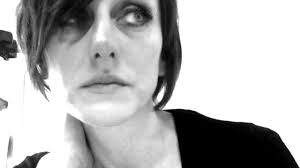 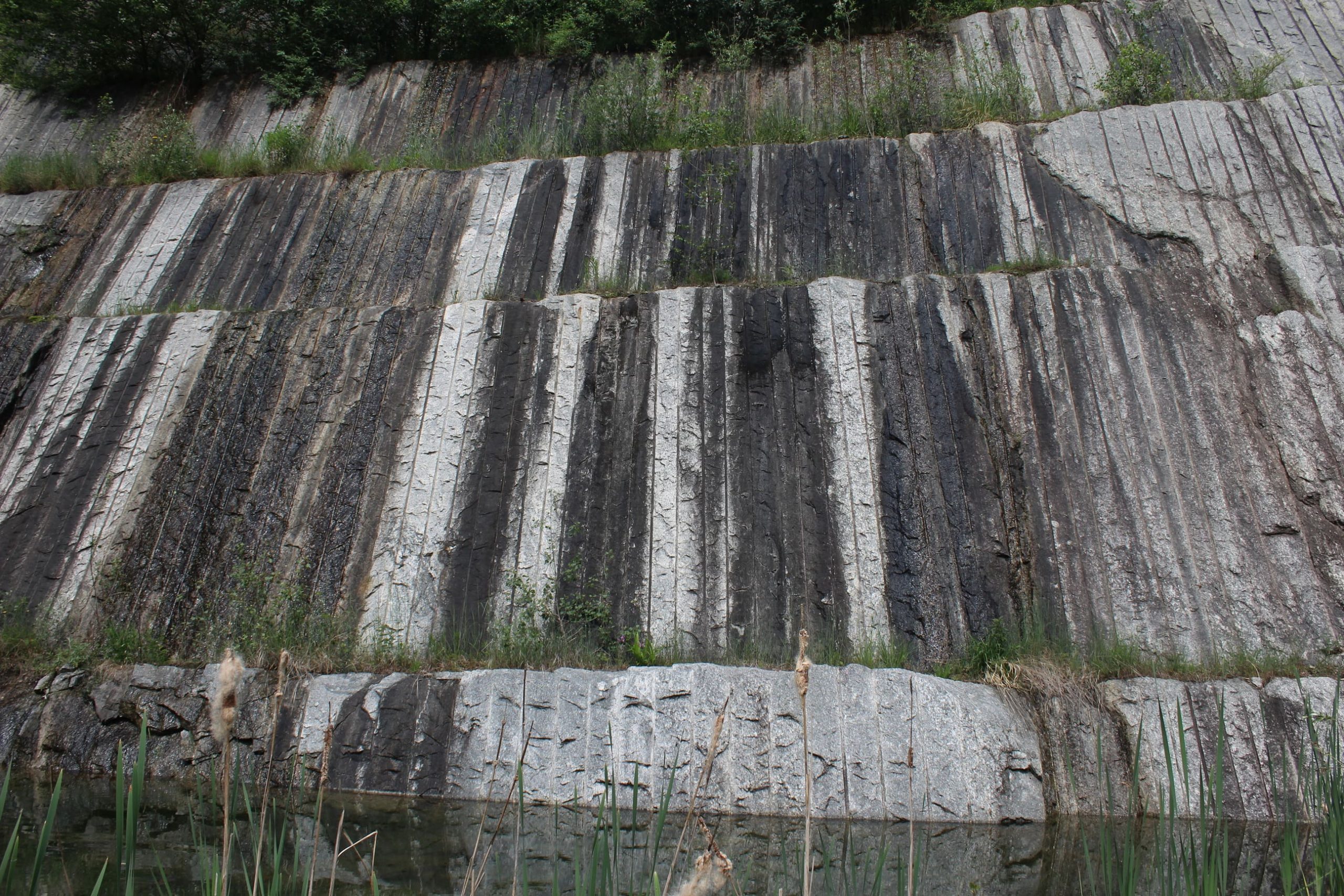 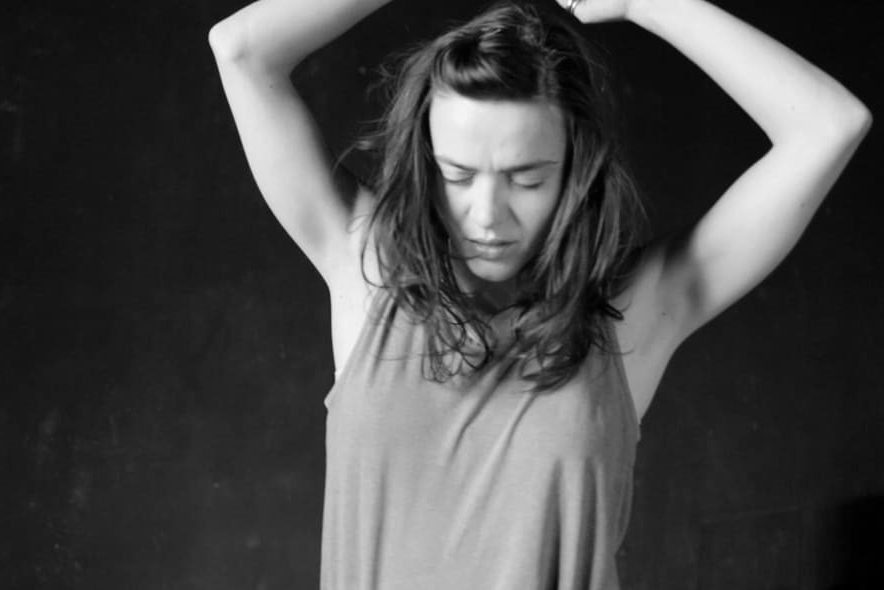 Paolo Fresu, the most famous Italian jazz musician around the world has enjoyed a remarkable career in which he has spent over 40 years on the international jazz scene. He is playing here in a duo with Ramberto Ciammarughi, one of the most eclectic and self-effacing musicians on the jazz and contemporary music scenes in Italy and beyond. Following their thrilling debut at Time in Jazz (Berchidda) last year, the two artists have decided to reprise the project for Tones on the Stones. The improvisations of the two virtuosos will be complemented by the visual inventions of one of the greatest Italian illustrators Gianluca Folì and together they will fill the Roncino quarry with sound and colour for an unforgettable evening. 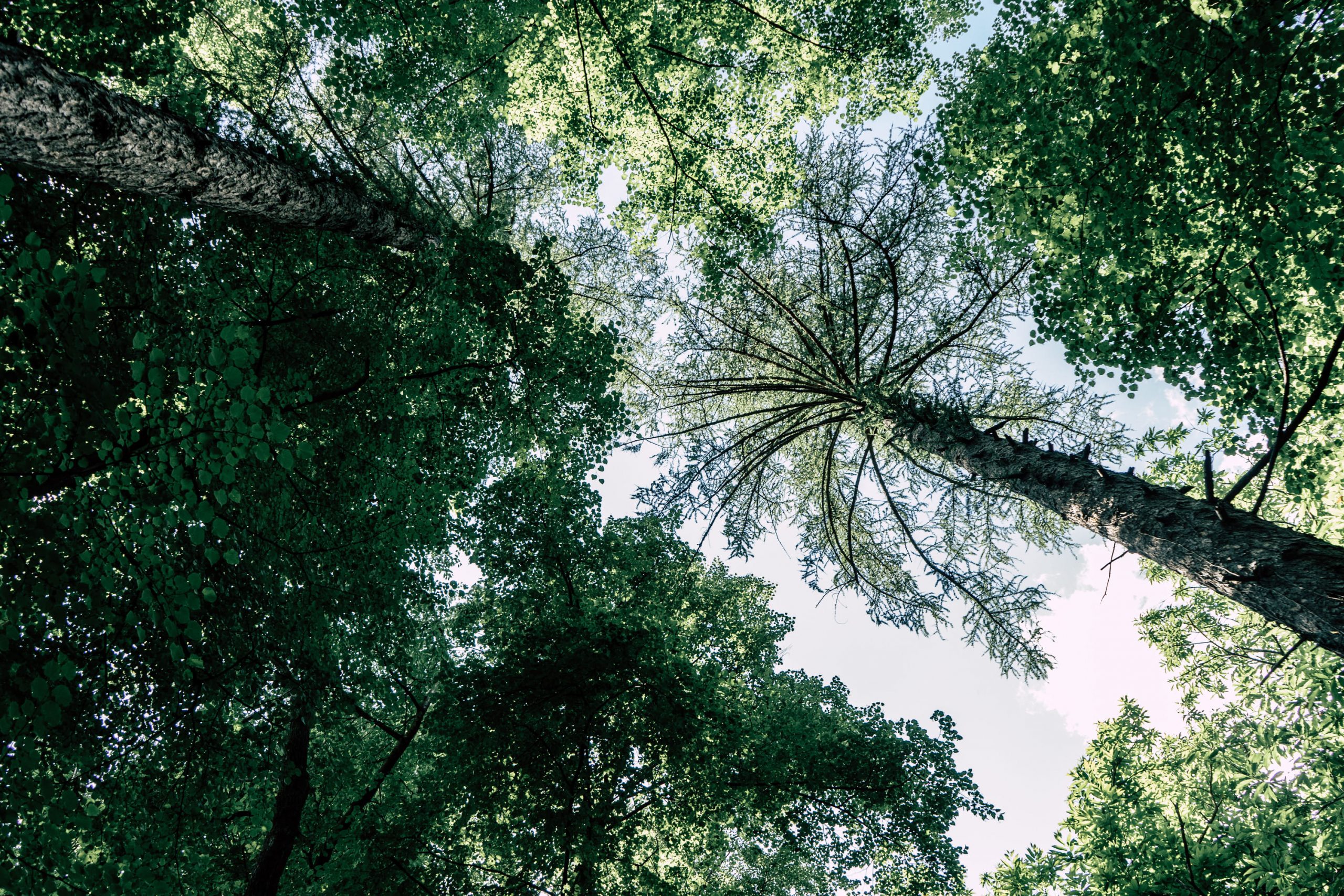 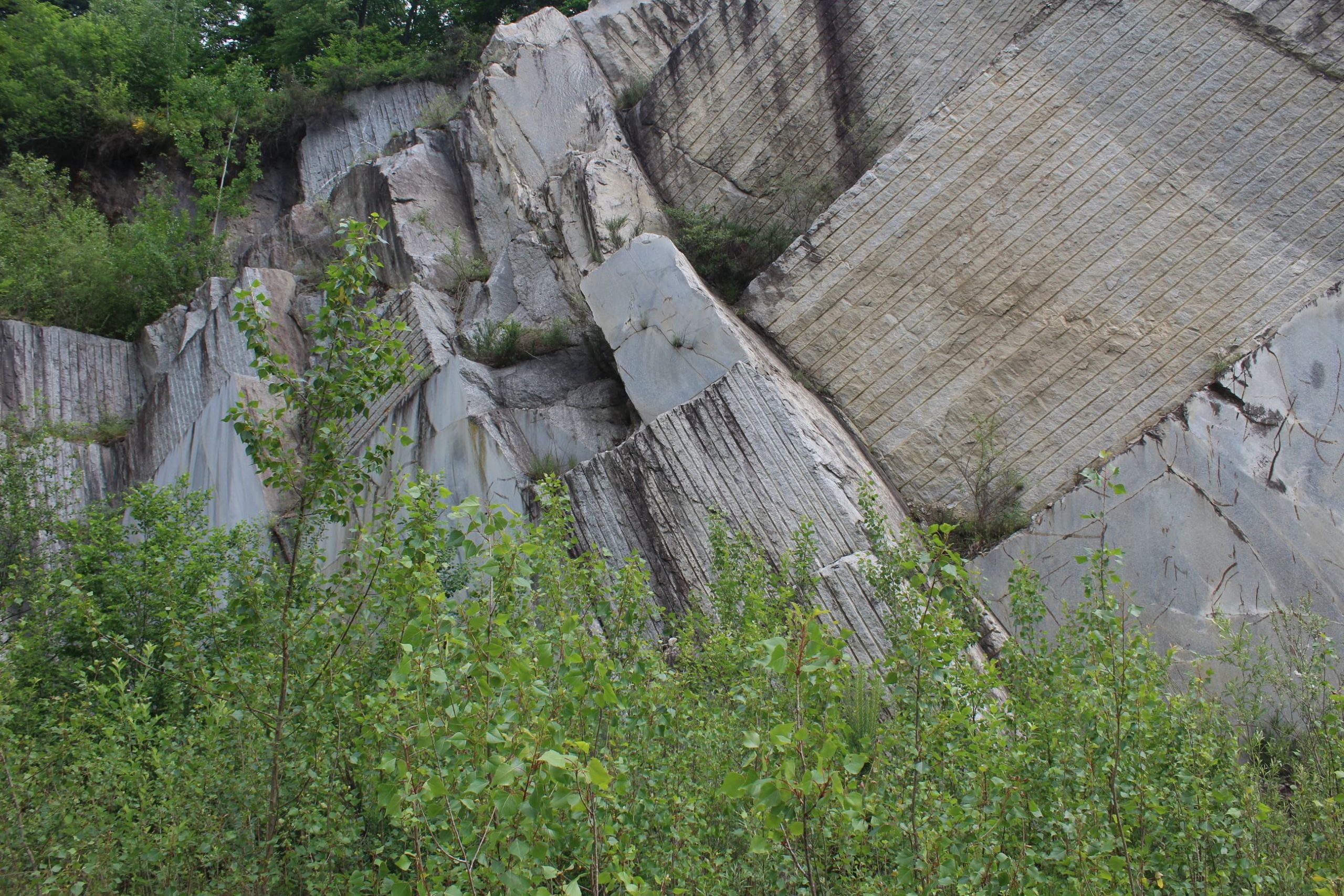 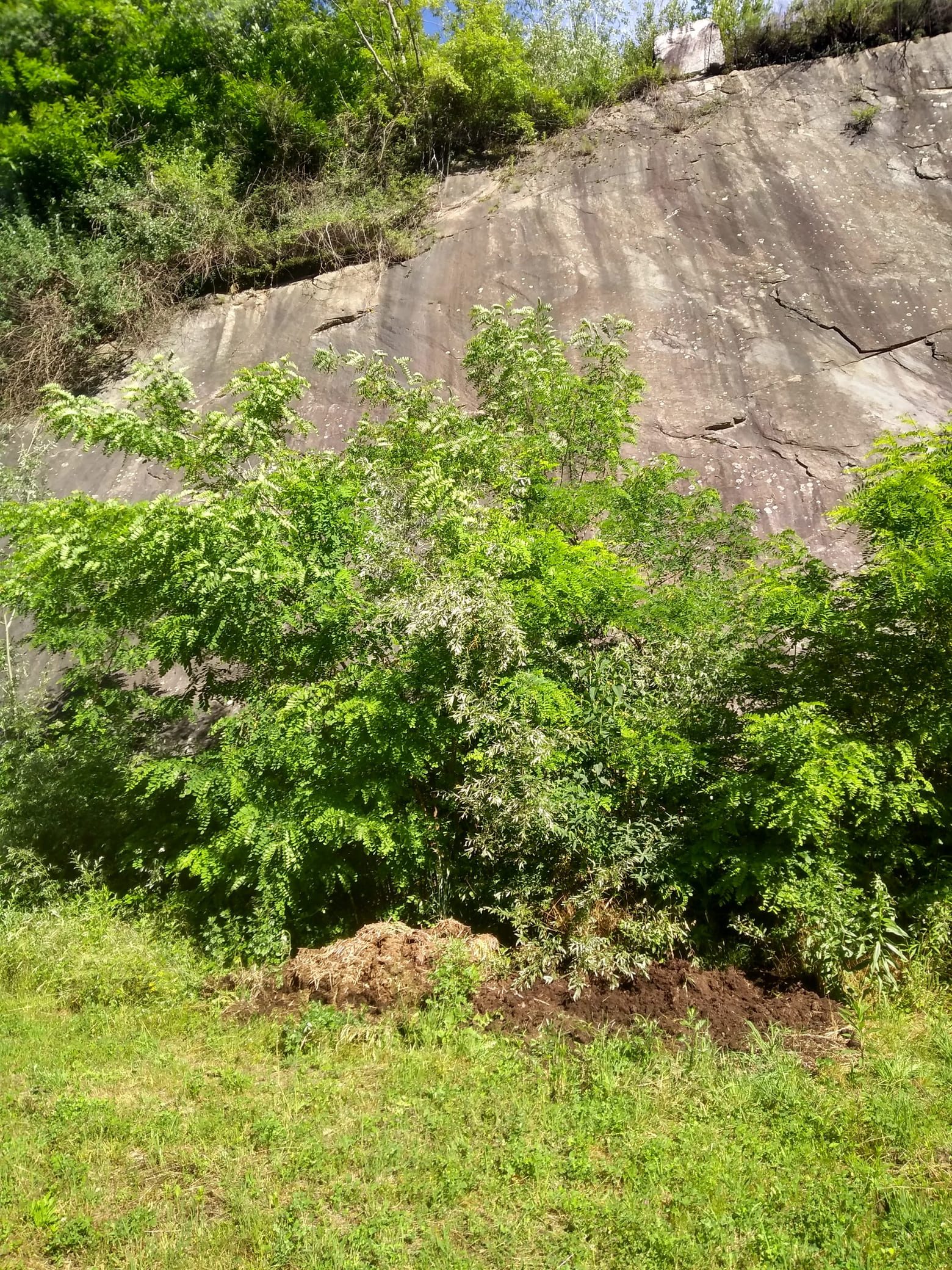 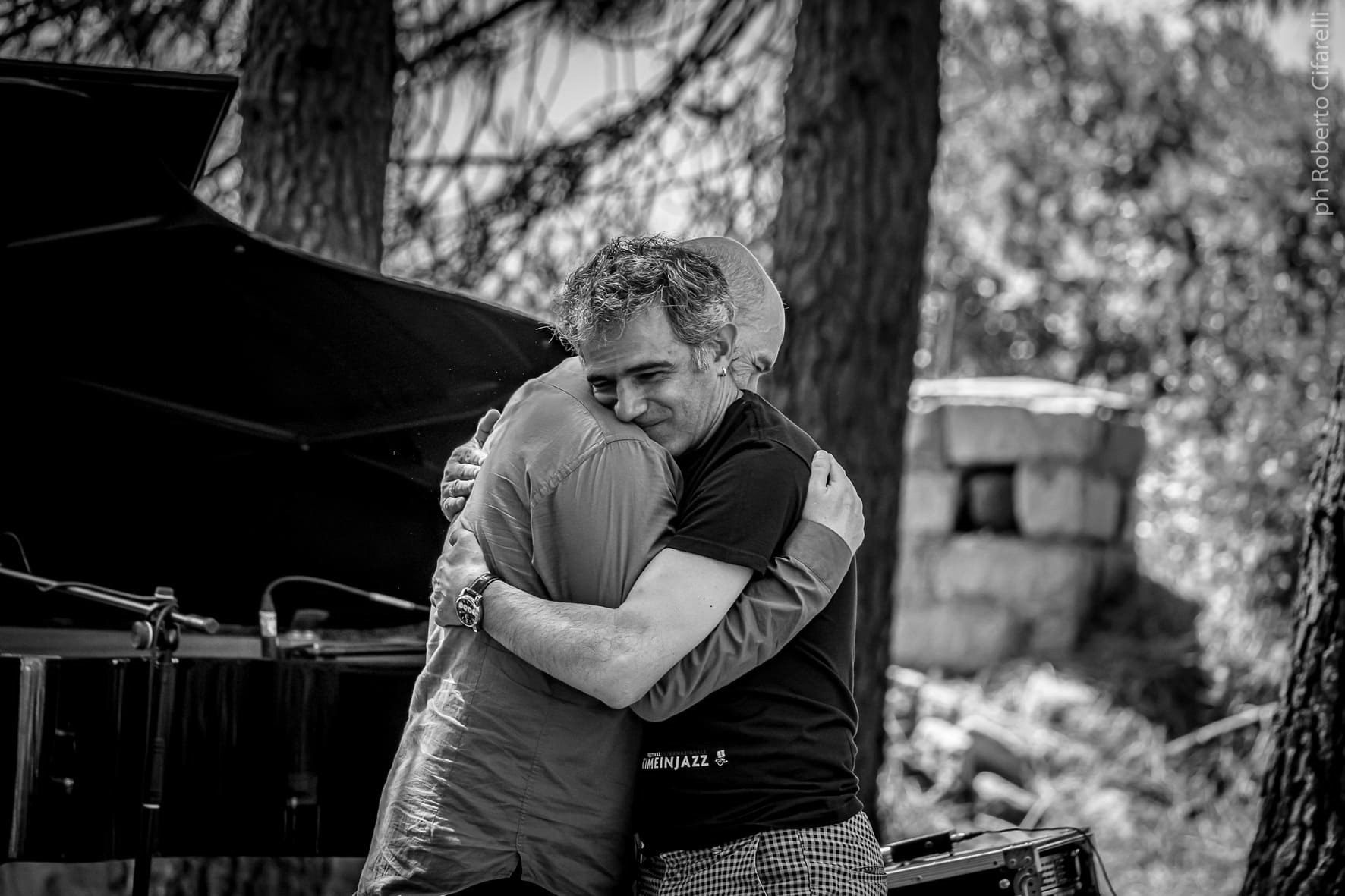 The revolutionary of the green thinking beloved by the millenials, Emanuele Coccia will tackle in his customary manner the centrality of the plant world, starting from one of his writings that has become a best seller, “La vita delle piante. Metafisica della mescolanza” (The Life of Plants. A Metaphysics of Mixture), Coccia lectures in philosophy at the École des hautes études en sciences sociales in Paris. The green and disruptive approach behind his hyypotheses has transformed a youthful obsession for nature into an extraordinary existential metaphor. Avoiding alarmism, he provides us with a key to interpreting the clichés regarding the centrality of the plant world. “It is the plants, as individuals, that make cohabitation between animals and people possible. And photosynthesis is the evidence that allows us to exist,” he explains. “Trees are the gardeners, the creators of the planet.” 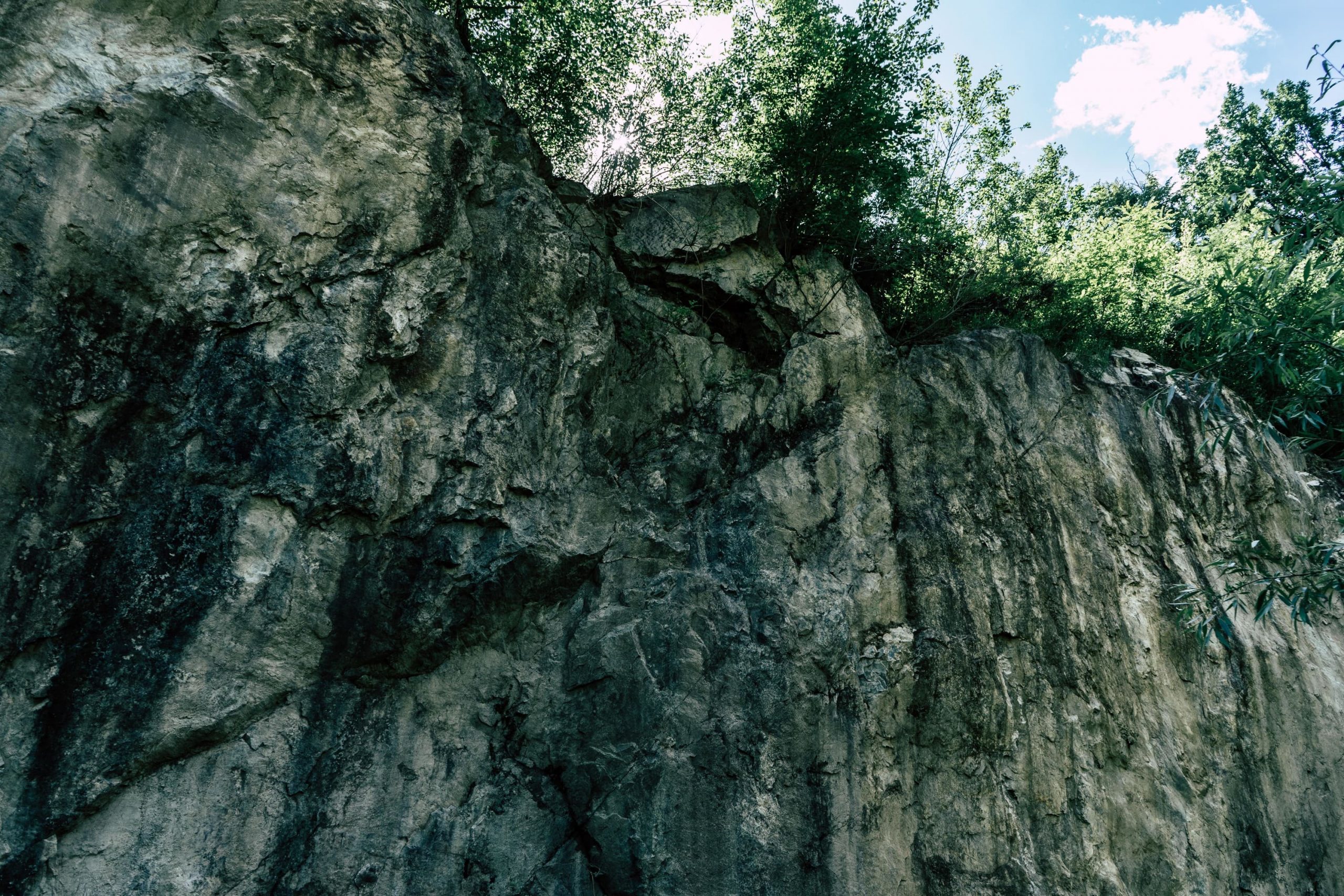 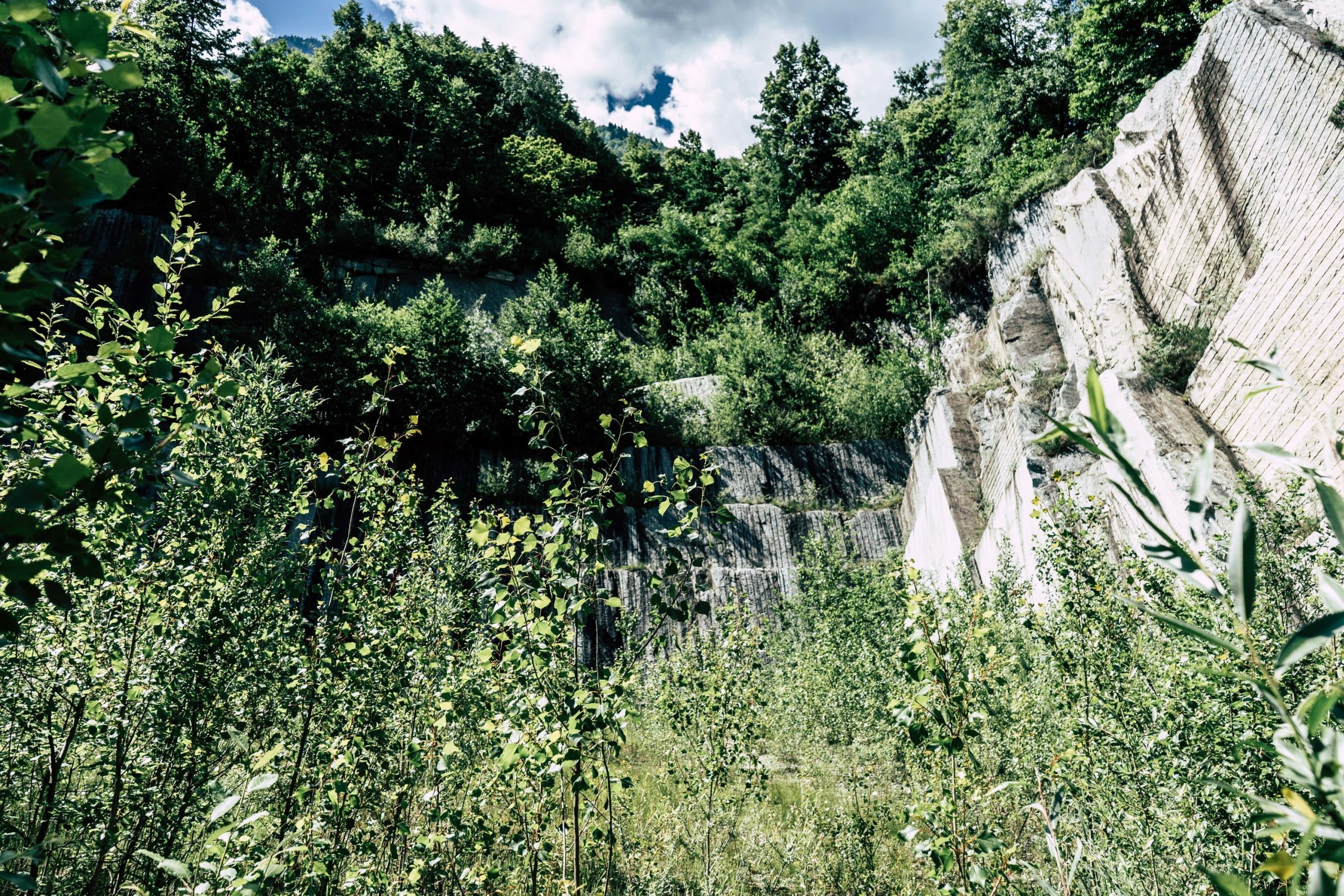 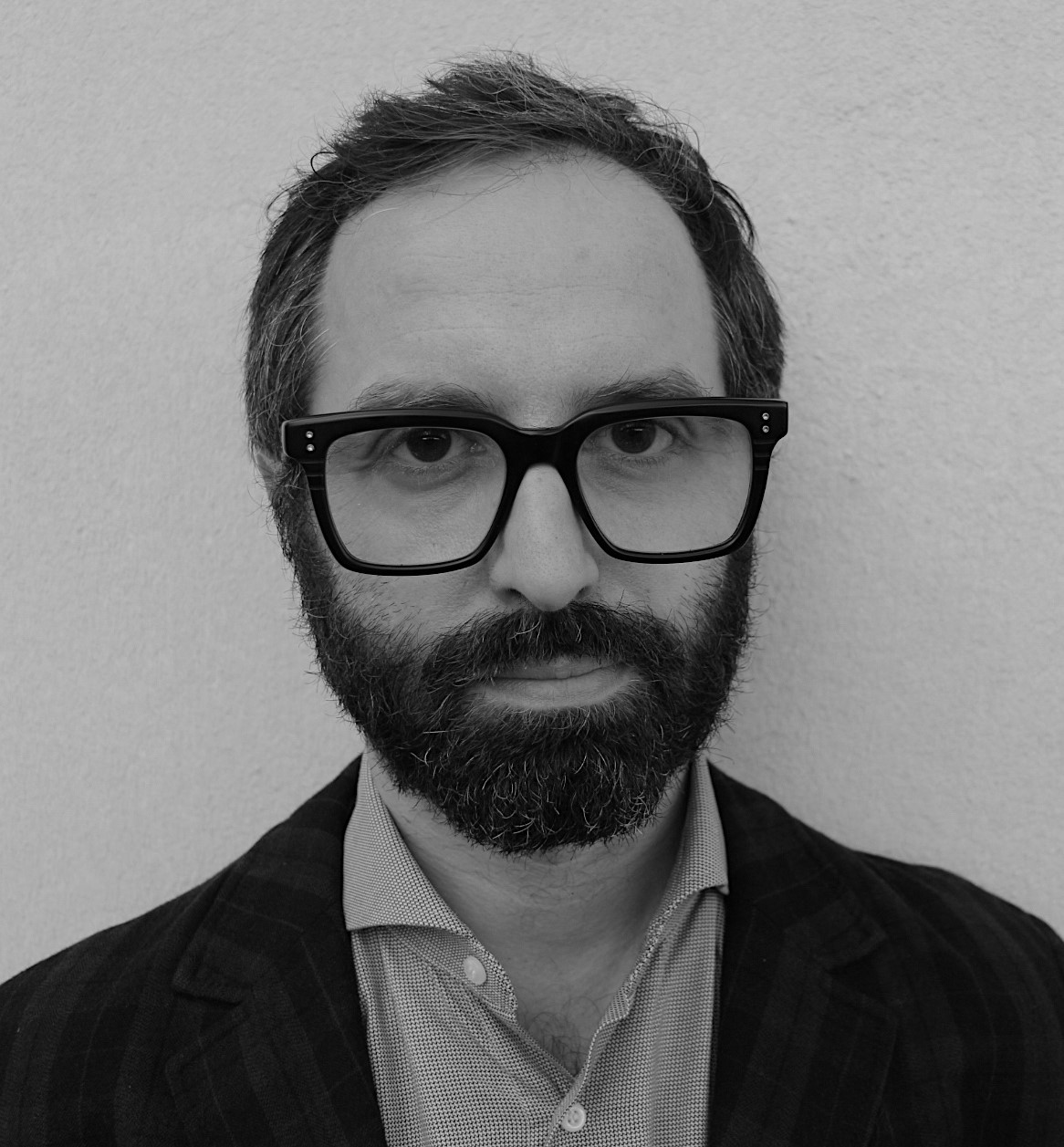 Nicolas Jaar is one of the most emblematic artists on the world electronic scene of the last 10 years, a true sonic explorer with a musical culture that ranges from the jazz of Mulatu Astatke to the classical of Cage and Satie. His performance at the Roncino quarry promises to be an unforgettable experience. Mana is a composer and producer signed by the historic British label Hyperdub. His latest album “Seven Steps Behind” displays a perfect equilibrium between dissonance and melody and has the stuff of dreams, with all the concealed meanings that dreams entail. The evening will then continue with Lena Willikens and Vladimir Ivkovic, the Serbian-German duo resident at the famed Salon des Amateurs in Düsseldorf. Ivkovic is known as one of the greatest selectors of hidden musical gems while it is said that when Lena is at the helm the destination is always unknown and perhaps for this very reason every trip is more electrifying than the last 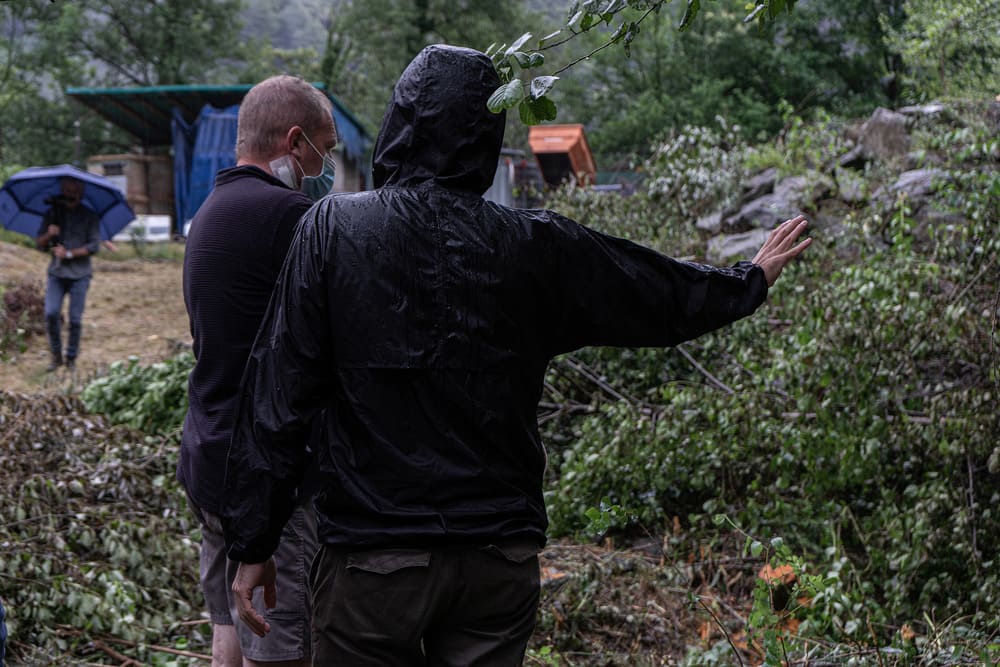 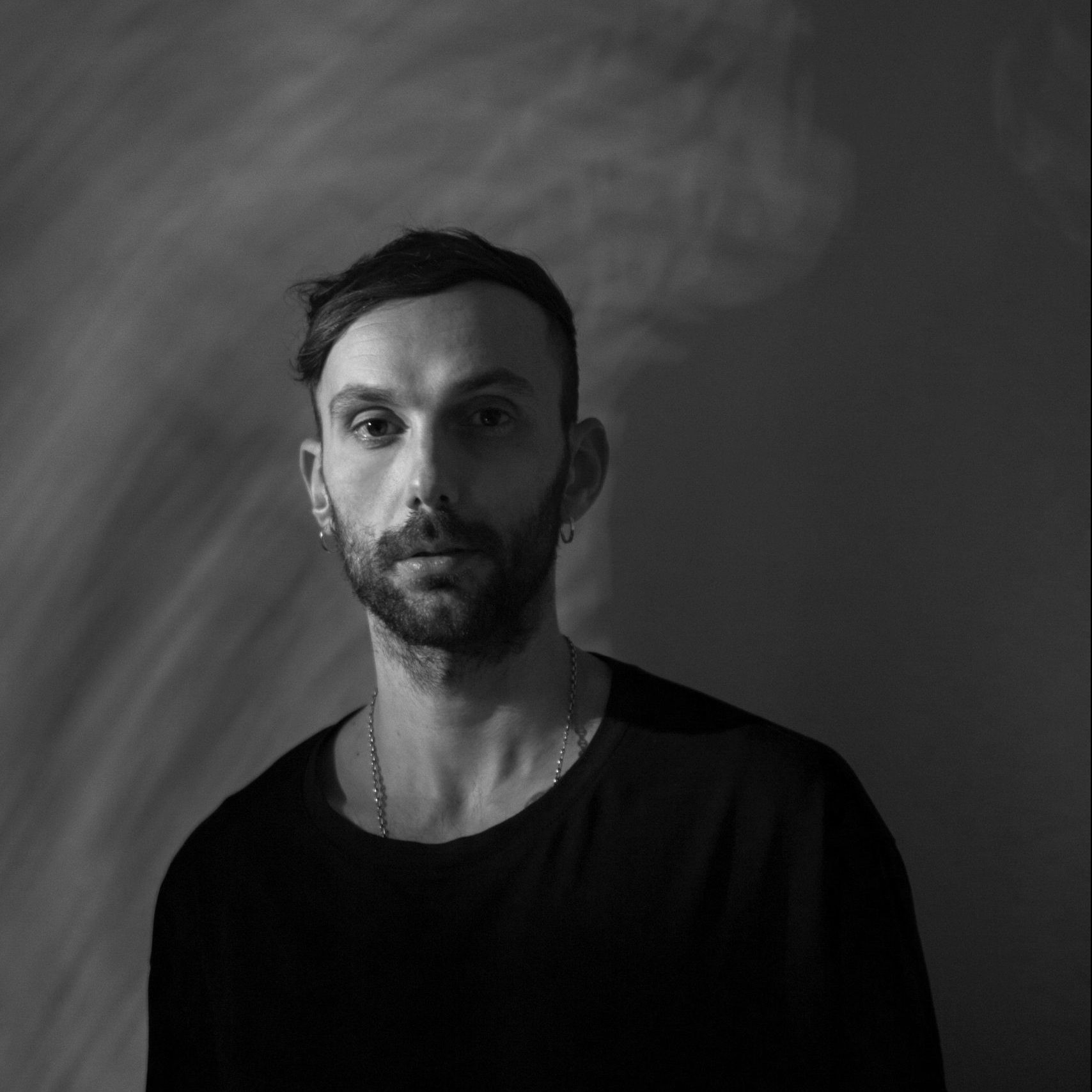 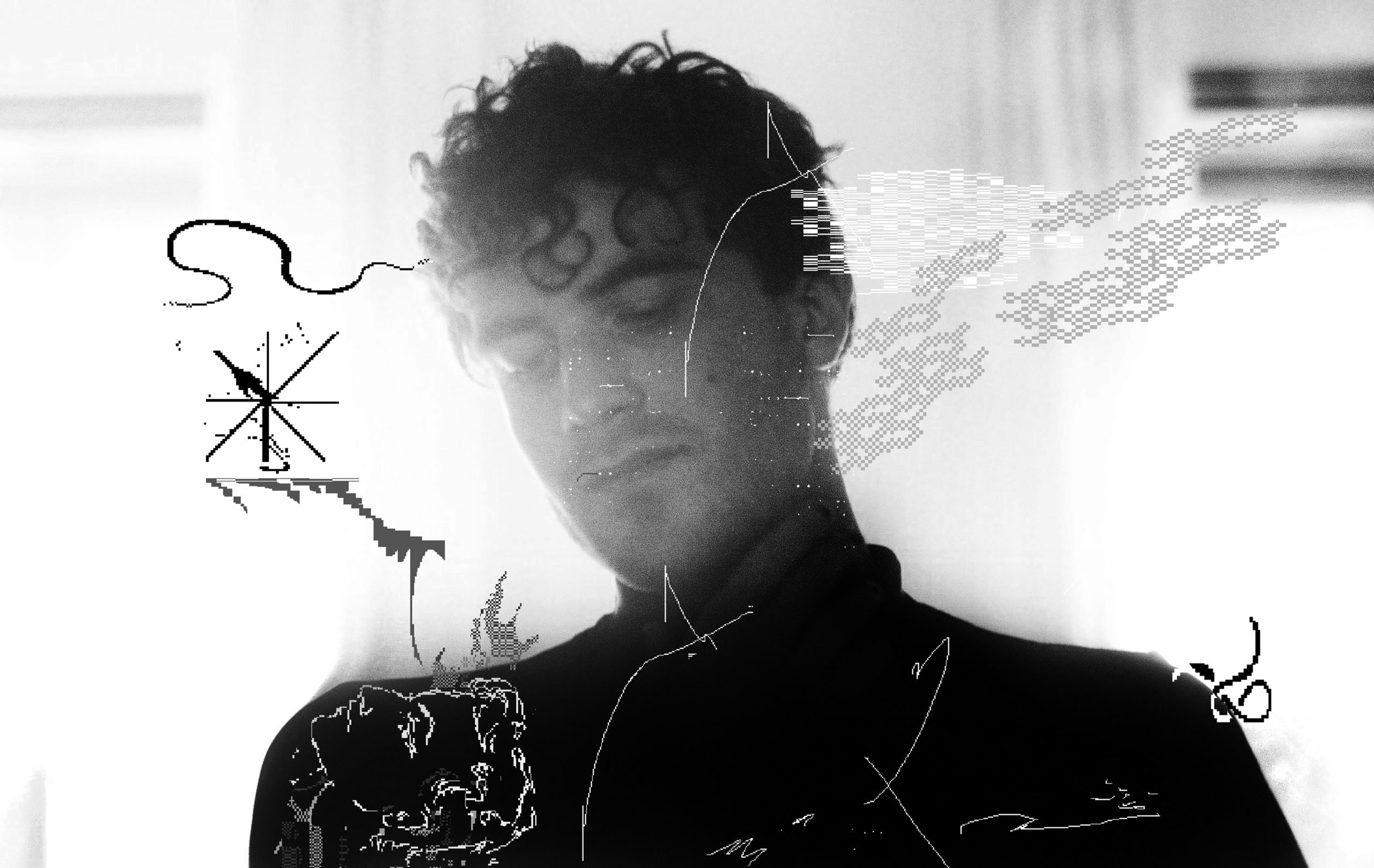 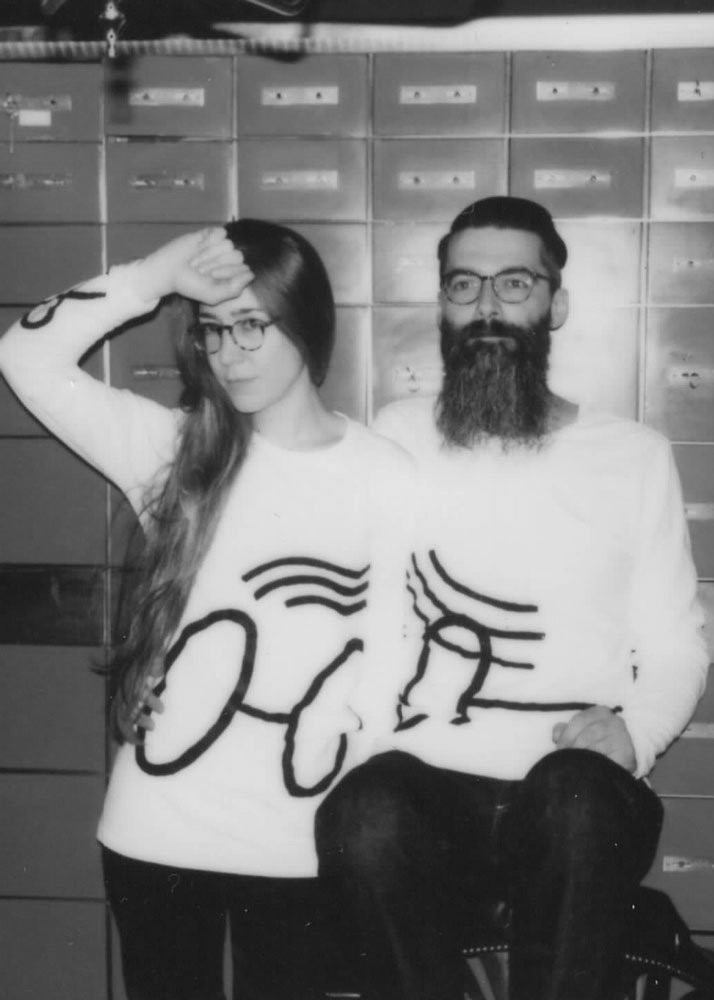 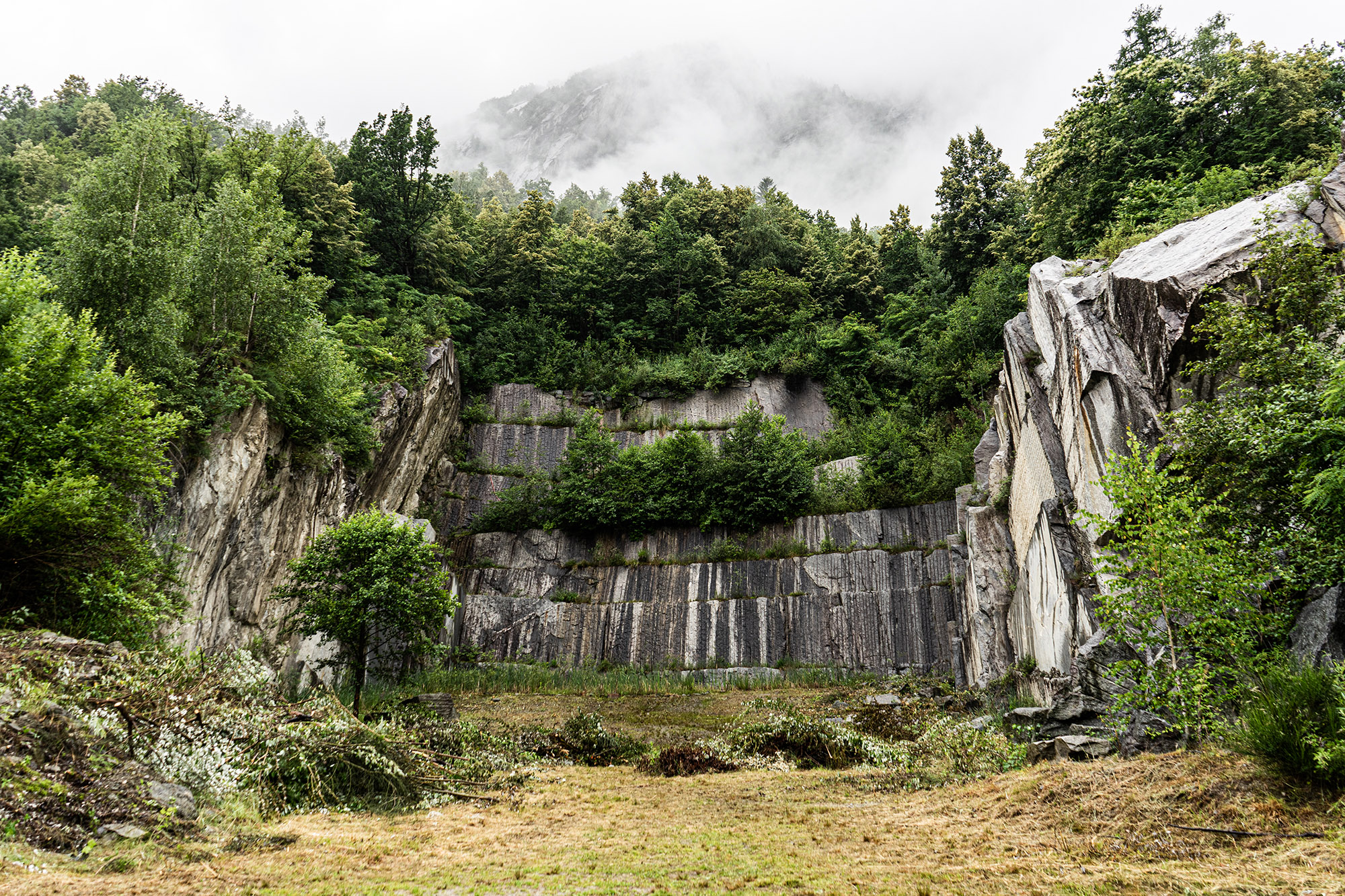 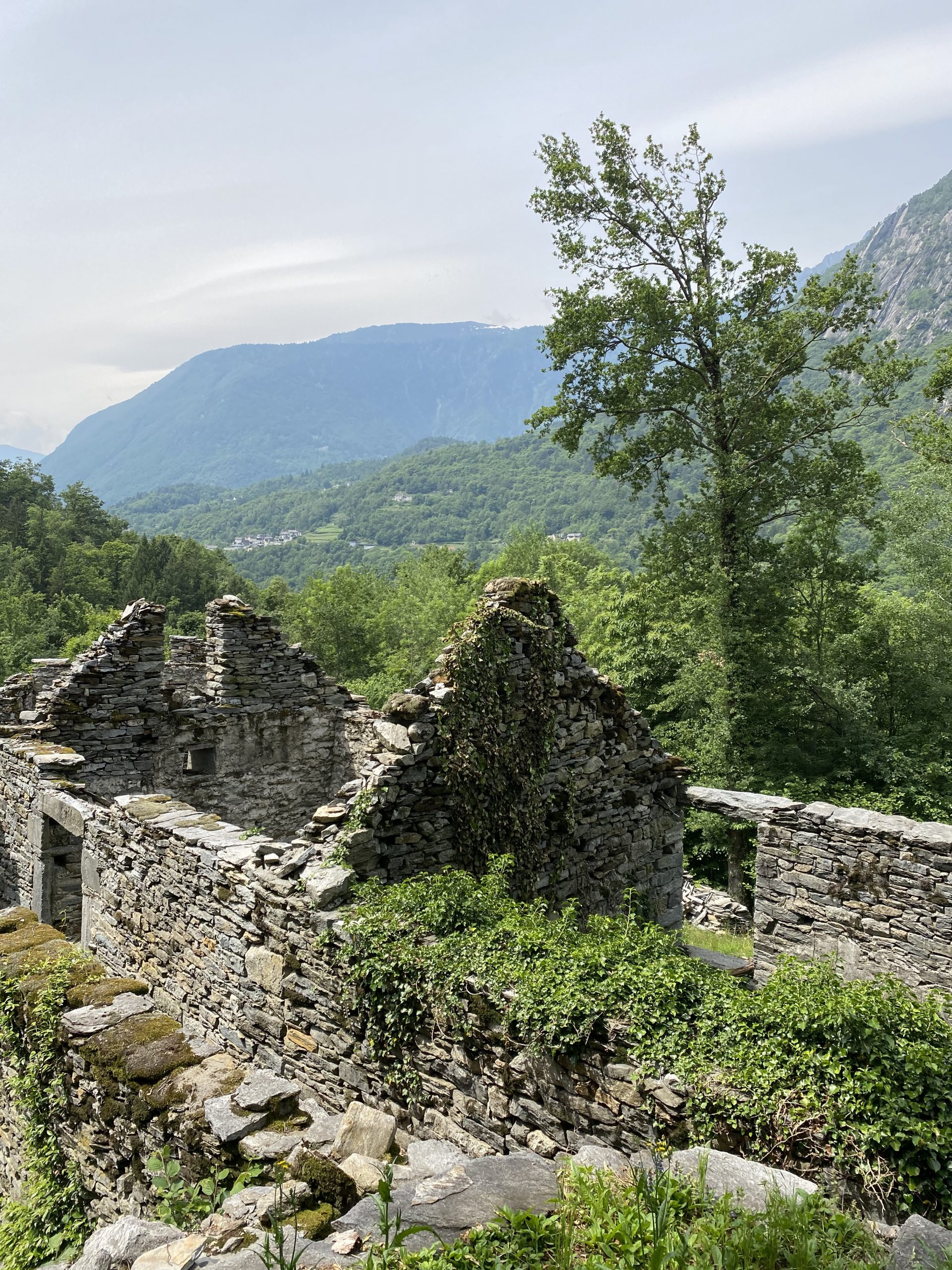 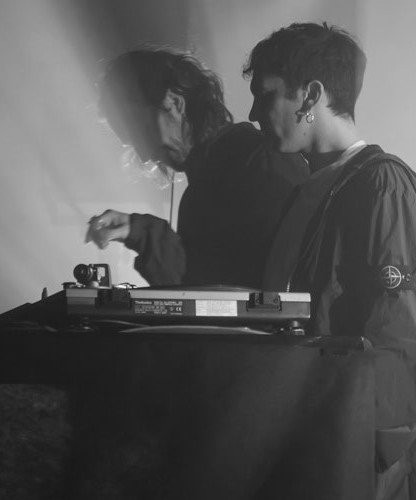 An unexpected present has impertinently forced its way between what came before and the future, the before and the after, a complicated, difficult time we are experiencing with alternating disbelief, bewilderment, fear and a suffocating state of illusory calm.

The 2020 edition of Tones on The Stones and Nextones had been envisaged as rich and varied, crammed full of inspiration and a sincere desire to share with the public those collective emotions that, in our opinion, only live performances can provide. Then came the pandemic, choking the momentum and projecting us into a dimension of continuous reconsideration of a possible 2020 edition, but …
… Can we really renounce our utopian visions now?
Inevitably there will be a before and an after to the virus and this watershed moment will leave its mark, reminding us of our own fragility, that of our relationship with nature and that of western society’s apparently so strong and resilient way of life.

We have taken this “dividing line” as our starting point for imagining a 2020 edition of the festival named “Before and After” and a research format of a work in progress.

We cannot foresee how we will emerge from the pandemic, but this is perhaps the moment to challenge with ideas, amplifying the voices of artists and creatives, gathering narrations and visions applicable to a broader and more sustainable reality.

Before and After will come to life thanks to a workshop-cum-residency in the disused quarry of Oira, a tiny village in the Ossola Valley; a temporary micro-community of artists, creatives, scholars and technicians, committed to reflecting on the meaning of the word “social” at a time in which the expression “social distancing” has often been used improperly.
In parallel with this reflective and performative programme, a self-building project will be launched with the aim of converting the industrial space of the quarry into a permanent Natural Theatere, a new home for Tones on the Stones destined to host site-specific productions and inclusive projects with the inhabitants of this area.

Before and After will develop around its participants in a collective workshop project and then open up and involve the local community and cultural bodies. Around 30 young participants will be asked to reflect on and develop actions in working groups looking at thematic areas: communication, event production, architecture and self-building.
All participants and local residents will have the opportunity to draw on the stimuli made available and actively participate in the creation of a new space dedicated to culture within the Oira quarry, a theatre for the future.

A logbook will present the activities and performances hosted in the quarry to the general public. Before and After will also become short film destined for web and TV channels.

Within this creative process, citizens will also have an important role: rather than being mere consumers of content, they will be involved in the core process and will be included in the work we intend to present at the end of the residence.

The residency participants will also give life to a self-building project that will begin transforming the quarry into a theatre. They will have several questions around which they will structure the project: what does living mean? Is a new relationship between us and the natural environment possible? What is the path to a different concept of personal and collective well-being?
A number of illustrious guests will be on hand to help find possible answers.

You can follow all the activities of Before and After via our logbook that will feature diverse daily content: texts, photos, videos, interviews and direct reports describing the evolution of the project.
The multimedia Logbook has been created by Studio Temp, the writer Veronica Raimo and the director and documentary filmmaker Achille Mauri.

BEFORE AND AFTER
Based on an idea by Nicola Giuliani

VERONICA RAIMO
Born in Rome in 1978, Veronica Raimo published her debut novel Il dolore secondo Matteo with minimum fax in 2007, and her second novel Tutte le feste di domani with Rizzoli in 2013. In 2017, a collection of her short stories was published in Germany (Eines Tages alles dir, Launenweber). Her poems have been collected in the anthology Fuori dal cielo published by Empirìa. In 2008, she was selected for the Iowa City International Writing Program. In 2012, she wrote the screenplay for the film Bella addormentata by Marco Bellocchio. In 2017, she wrote the play Domani I giornali non usciranno, staged by the Barone Chieli Ferrari company. She has published short stories in various magazines including: Nuovi Argomenti and Granta Italia. One of her stories has been published in Sweden, and one in the United States. She translates from English to Italian for various publishing houses. She has written and writes for various newspapers and magazines, including D, Xl, il manifesto, Corriere della Sera, and Amica and contributes regularly to Rolling Stone. The books: Miden, Mondadori, 2018; Eines Tages alles dir, Launenweber, 2017; Tutte le feste di domani, Rizzoli, 2013; Il dolore secondo Matteo, minimum fax, 2007.
ACHILLE MAURI
Director, documentary filmmaker and photographer. Achille Mauri creates provocative visual documents that explore the freedom and expression of the human condition in different environments. His artistic approach to composition and the use of natural ambient light translates into an emotional stylistic narrative that leaves a lasting impression on the viewer. His works have featured some of the biggest names in unconventional sport, including Alex Honnold, Kilian Bron, Frederik Van Lierde, Giorgio Rocca, Nicholas Wolken, Mark Cavendish, Ruben Spelta and other minds such as Antonino Cannavacciuolo, J-One, Lucas Beaufort, Alessandro Gogna obtaining consensus on the main sector newspapers and Film festivals. The inspiration of his images derives from a binary but intrinsically linked exploration of the city and the natural world. Appreciate the imagination, risk-taking and the sensitivity of having to tell something useful. Aware of the enormous space to grow in this field related to new technologies without forgetting the traditions of the past. Achille is a founding partner of Summa Srl and TAP studios, two firms creating authentic and enduring visual images.
×

Any cookies that may not be particularly necessary for the website to function and is used specifically to collect user personal data via analytics, ads, other embedded contents are termed as non-necessary cookies. It is mandatory to procure user consent prior to running these cookies on your website.